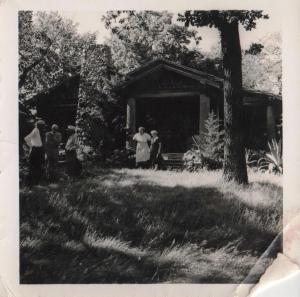 January and February 1952, as I recall, were much like the January 2014 – extremely low temperatures, high winds, as well as an abundance of snow. Life on Tanglewood Farm was reduced to a crawl. Of course, there were the daily chores, feeding 105 head of cattle and nearly 400 head of hogs. But when that were finished we headed for the house.

However, Grandpa was not one to set idle. His eyes were failing somewhat, and reading for any length of time had become more difficult, so he set about building a unique stone fence comprised of petrified wood and crystallized stones from the hills of Arkansas. No one knows how long this plan had waited to become a reality. On one panel he etched four lines from a Shakespeare poem. 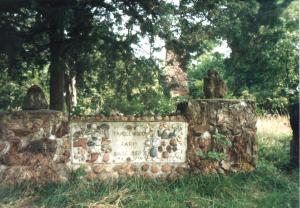 I had no idea what these lines meant. Furthermore, I didn’t care. After all, Shakespeare had come and gone a few centuries before I came along. I was fifteen years old. What could this man tell me that I didn’t already know?

A couple years later I enlisted in the Air Force A few years after that I married a sweet young lady living with her family near a small fishing village on the Oregon Coast. Together, we raised a family. Forty years passed before I returned to Tanglewood and during this period those four lines, though I could no longer remember them, haunted me.

Of course, Tanglewood no longer existed. The daughter, who inherited the farm sold it off to the highest bidders and shortly thereafter the house burned. There wasn’t much to see, friends told me. But I had to read those four lines again. 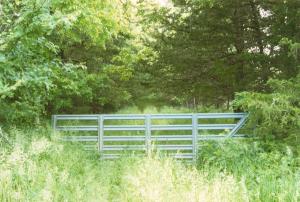 A metal gate blocked my way to the quarter mile lane I had once traveled in order to meet the school bus. I debated about trespassing. If the owner found me there, would I be shot before I had the opportunity to explain that I had only come to read my grandfather’s poem? 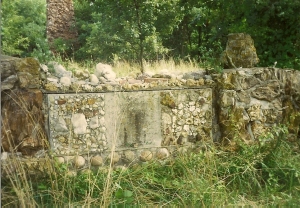 I took a chance on my life and rubbed the lichen from the panel and copied the following words:

And this our life, exempt from public haunt,
Finds tongues in trees, books in running brooks,
Sermons in stones, and good in everything.
I would not change it.

I invested in The Complete Works of William Shakespeare and read it front to back, but I was unable to find these lines. Visiting a local library, I borrowed some computer time and did a text search. In seconds I found them in As You Like It, Act 2, Scene 1 – The Forest if Arden. And it became clear that my grandfather had not chosen to be a farmer. He had dropped out of Iowa State in 1908, at his mother’s request, after his father suddenly passed away.

During the subsequent years he added nearly 900 acres to the farm. Then came the Great Depression and farm was reduced to its original, 1908 size.

The WPA and the Army Corps of Engineers decided to build a dam on the Lake of the Ozarks. The survey Grandfather received from the Corps indicated that the shoreline of this lake would come within a few hundred yards of the home site. After this proposal became a sure thing he began building a log house, what would now be called a Bed & Breakfast, using timber that would be flooded as the lake filled. The logs were red oak, the floors were cherry. When the house was half completed, the Army Corps of Engineers revised their survey, announcing that the dam would be smaller than first proposed, and the shoreline to be more than fifty miles distant. 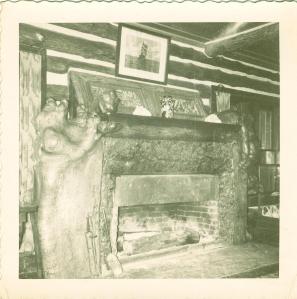 After a time they turned their home into a showplace, displaying two of their favorite accomplishments — a fireplace of petrified wood, and a hearth bearing the horse hoof impressions left from some previous era. There are those who claim horses were first introduced to North America by the Spanish.

However, the hearth speaks for itself.

They invested years while dealing with the Great Depression and then the false hopes hurled at them by the Army Corps of Engineers. However, thinking back to the winter of 1952, I realize the two of them found pleasure in Tanglewood, and identified with Orlando in Shakespeare’s As You Like It.

2 thoughts on “The Four Lines”