‘Tis the season for road trips — if time and money were out of the equation, what car-based adventure would you go on? (If you don’t or can’t drive, any land-based journey counts.)
Bonus (optional): show us your itinerary by embedding a Google Map into your post!

I’ve been on many road trips, most of them “are we there yet?”. If I had my choice of modes it would not be a automobile, but a tandem bicycle, a tent, and a huge pocketful of money – just Barb and I. The route of choice would be The Circle Tour, 6,500 miles in all. It would consume an entire summer, perhaps two summers.

Because a road trip, for many, focuses on a destination – Disney World, Niagara Falls, Grand Canyon, to name a few – and when that journey’s end is reached, sojourner can’t wait to leave. I’m as guilty of that as the next person.

“The world turns more slowly from the seat of a bicycle,” states Marty Bash, author of *Above the Circle*. 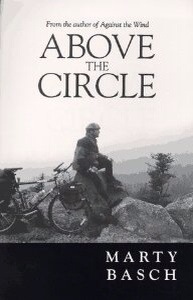 Barb and I once enjoyed an approaching dawn on the shores of Lake Erie a few years back while on a mini tour. After fasting for the night the place teemed life, birds as well as mammals. They created a scene we’ve never forgotten.

There is a bonus to cycling: locals don’t fear cyclists the way they fear motorists with tinted windows or a bikers with ragged beards, sunglasses, and attitudes.

The Circle Tour, beginning in New York, following the paths along the St. Lawrence would be a hoot. The trip would require four months, plus or minus, easily squeezed into a summer in the lower forty-eight. However, one can’t be sure that far north.

Cycling is not inexpensive. However, deleting money and time from the equation could make this adventure a reality.