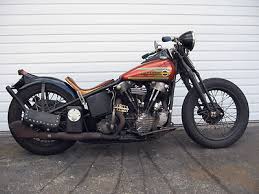 The sun was still low in the east when Joe swung into a Kansas Truck Stop for breakfast. Kicking out the side stand, he left the old Harley and pushed through the door of Mildred’s Diner. The place was exceptionally clean, the floors appeared freshly polished. Moving to the counter, he glanced at the menu, and then ordered a stack of buttermilk hotcakes and black coffee. He was pleased with how quickly the waitress brought his order and topped off his coffee.

“How far you headed?”

Joe was surprised he hadn’t noticed the sailor sitting at the end of the counter. Maybe he was more weary than he realized.

“Oregon,” he answered between bites.

“Oregon? That’s a piece down the road from here. What part?”

“Blue Mountains,” the sailor muttered “I went through the Blue Mountains in 1943 riding in the back seat of a raggedy-assed Plymouth. Don’t remember much about it them other than the name. I guess I was anxious to get to Portland……,” his voice trailing off.

Joe mopped the syrup and shoved the last bite into his mouth, and then washed it down with the last of his coffee. After shoving his cup forward for a refill he turned to the sailor.

“Portland. My flat top is anchored at Newport News, Virginia. I got me a 30-day leave. Ain’t seen my folks in almost two years.” He remained silent for perhaps a half-minute, then added, “I was wondering if there’s a chance of hitching a ride with you. I mean, we’re both going the same direction, and all. I’ll split the gas with you.”

Joe studied the sailor for a moment. He looked a couple of years older and built like a football player. He seemed clean enough, ignoring the fact that he’d been on the road for a couple of days. He didn’t look anything like those people his grandpa had warned him about, those that would cut his throat for fifty cents.

When Joe hadn’t refused outright, the sailor, grabbed his coffee cup and moved closer, leaving one stool between them. “My name’s Harold Richards, able seaman aboard the USS Enterprise,” he said, extending a hand.

They made small talk while Joe considered what kind of traveling companion this fellow might make. It was always tough with two up, but his offer to split the gas would certainly help the pocketbook. If he didn’t work out he’d find a way to get rid of him.

Joe soon learned Harold had two younger sisters who were still at home – Rose and Violet. His dad was a finish carpenter, his mother volunteered at the VA Hospital, reading and writing letters for people who were unable to do it for themselves.

“You ready?” Joe asked when Harold stopped for a breath.

“You bet,” he said, reaching for his wallet. “How much was your breakfast?”

“Let’s keep it simple. You pay your way and I’ll pay mine.”

“Okay,” he said, fishing coins to pay for his coffee.

“You’re ridding a motorcycle?” the sailor asked as they stepped outside.

“Yep. Is that going to make a difference?”

“Probably not, but this thing’s in a hell of a shape. Where’s the front fender? And that seat ain’t big enough for us both.” said Harold, gazing at the old gray Knucklehead after they’d stepped outside.

“I know. You’re going to have to sit on your sea bag, or you can wait on the next ride,” growled Joe, a strand of binder twine his hand while he waited for Harold to decide how badly he needed a ride.

“Yeah. Sorry for being rude.”

“You done any motorcycle riding before?”

“Just hang on and stay behind me, don’t be trying to climb to the high side when we lean into turns, okay?”

“The waitress looked like she expected a tip from you,” Harold said, waiting for Joe to finishing securing his sea bag and get the motor started.

“Well, that’s unfortunate for her,” said Joe, pulling the ignition key from his trouser pocket, “she can keep right on expecting. I’ve bucked tons of bailed hay while the temperature was over a hundred degrees. Did it all day, Running most of the time, and for a five dollar bill, a big feed at noon and all the water I wanted. Nobody was offering me a tip for doing the job I agreed to do. I can’t afford to subsidize her income. The cost of those hotcakes was right on the menu. I didn’t argue, I just paid it,” he said, swinging a leg over the old knucklehead. Rolling the motor over, he brought it up on compression stroke, then recoiled and came down with all his weight. The exhaust pipes cracked and belched a cloud of blue smoke as the engine came to life.

“Got some bad valve guides.”

“Probably,” said Joe, gritting his teeth. After stowing the side stand he nodded. Harold swung a leg over the seat and settled in behind. The pipes barked as they headed across the parking lot and onto the highway. Heading west, he brought his speed up to fifty-five and held it there.

“Is this all the faster you’re gonna go?” Harold shouted into the wind. “We’ll never get to Oregon at this speed.”

Joe had only known this sailor for fifteen minutes and already he didn’t like him much. He considered stopping on the shoulder and letting him off, but a small voice inside him warned him not to do something he might later regret.

“Maybe you thumbed the wrong ride,” Joe shouted over his shoulder. “I can drop you right here if you want, and you can look for something faster.”