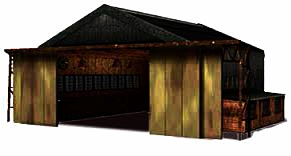 A soft gray dawn crept across Washington’s wheat fields. Zeke rubbed the sleep from his eyes as he studied the hilltops and dark shadows marching into the ravines He was trying to decide how close he was to Bill’s Air Strip, the one he’d heard described so many times during his stretch in Southeast Asia. Then he saw the white water tower with the name Hootsville on it. He was close, not more than fifteen miles more, he thought to himself.

He gripped the seat back as the Greyhound rocked from side-to-side and then lurched to a hissing halt at the all-night gas station.

“We’ll be here ten minutes folks. Make sure you don’t get left behind. There won’t be another bus until noon,” said the driver into the microphone.

Zeke followed him out the door and waited until those who were getting off had cleared the bus.

I’m trying to reach a small airstrip about fifteen miles further west of here. Would you stop along the way to let me off?”

“Sure. Just let me know where.”

Zeke wasn’t sure what kind of reception, if any, he would receive from Maggie, so he grabbed a large cup of black coffee and a cold, ready-made sandwich. Returning to the bus, he reclaimed his seat.

A half hour later he spotted the telltale billboard advertizing Marlboro Cigarettes. Gabbing his AWOL bag, he scooted to the isle and made his way forward.

Zeke closed his eyes and turned his face away from the exhaust and grit as the bus sped away. Across the field was the hangar. He judged it to be a good half mile. The distance was too great to make out the name painted across the front.

With a heavy heart, he started down the gravel road.