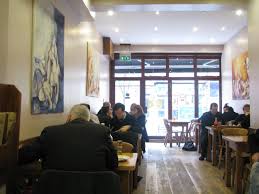 Charlie McIntire returned home to an empty house. He knew the house would be vacant, but somehow the absence of his father’s voice, his laughter, the smell of his oily coveralls all impacted him with a force greater than anything he’d ever before experienced. The eighteen months since his father’s passing were swept away in one felled swoop. He reflected on the telegram that arrived at his duty station in Iceland. His death had been sudden, unexpected, the neighbor, Harley Groves had states in the wire. The Red Cross could have easily swung an emergency leave for him. They even offered it, and Harley said he would postpone the funeral. Just say the word, Harley added in the last line.

Charlie considered going home. He even slept on it. The following morning he considered everything he knew. There was a war on. Women flight crews were ferrying B-17s and B-24s to England as fast as the American factories could build them. Iceland was a critical communications link for relaying vital radio traffic. If he took the emergency leave others would have to work longer hours to handle the traffic. He could do nothing for his father, but there was much he could do for his fellow radio men. He wired Harley to go ahead with the funeral without him. He was not coming home.

Now, standing in the living room, he wished he had taken the leave that was offered. Perhaps the impact would not be so great now. The smell of his father’s auto repair shop lingered still, after all these long months. Everything he saw and touched reminded him of the days when his father was alive. What was he going to do?

Rather than unpack, he tossed his duffel bag on the sofa and went into the shop. The tools and equipment were in their places. It was almost as if he was at the parts store. His father’s car, a 1938 Dodge, occupied one of the three bays. It was covered with a film of fine dust, the type that filters through cracks and seams and around windows. A trickle-charger had kept the battery charged. And even though the gasoline was more than a year old, the motor started without surprisingly little difficulty.

As the engine idled Charlie decided he would drive May’s Café for a cup of coffee and hopefully some conversation. Maybe seeing a few old friends and acquaintances might help clear his head, and help him decide what he should do next. He’d worked in his dad’s shop since he started high school. He knew the mechanic trade inside and out. Still, he was unsure about opening his father’s shop.

“Charlie!” shouted May as he pushed through the door. The heavy woman rushed toward him and caught him in a bear hug before he had completely cleared the entryway.

“When are you going to open up your dad’s shop?” asked Ned, an old customer from before the war.

“The thought crossed my mind, but I just got home two hours ago.”

“Well, by Jove, we haven’t had a good mechanic in this town since the drafted you snatched you up,” Ned said, pumping Charlie‘s hand.

“How about that ham radio? Are you gonna be gittin’ back on the air?” asked Melvin, the portly hardware store owner who also stocked a good supply of amateur radio parts.

“As a matter-of-fact, I will. The government still has the frequencies locked up, but there is scuttlebutt that the amateur radio frequencies will any day now,” Charlie assured him.

The talk continued and Charlie whiled away the afternoon at May’s. By the time he knew what he had to do.