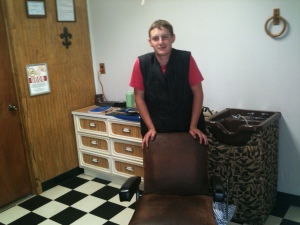 As I reflect on the people who have touched my life, some directly, others remotely, I find it difficult to choose the most admired.

I recall my SAC Wing Commander of so long ago, Col. Carlton, who, when scheduled to attend the War College and earn his first star. But in the midst of his preparation for change of command an Operational Readiness Inspection (ORI) a simulated call to nuclear war occurred. If he failed it his Air Force career was done. As preparation for the flying portion of the inspection began the flight crews discovered many of the B-52 wings were cracked. He decided that in war-time they would have to fly their missions, so that’s what they did. I admired him for the courage he displayed.

There were the founders of Bike Friday – Allen, Hans, and Ian. Twenty-five years ago they rented a garage. With a few dollars they began building custom bicycles that folded and fit in a suitcase for travel. They soon outgrew their garage and moved into a storage building. Later they moved to their present location. And they now have sales representatives the world over.

A cousin ten years my senior graduated college many years ago and succeeded in the art world. At age 81 he suffered a stroke that left his right side paralyzed. He’d been teaching painting classes in Mexico and he wasn’t ready to stop. So he taught himself to paint left-handed and then continued his Mexico classes.

But perhaps the person whom I admire most is the grandson of a cousin three times removed. If he didn’t share my name we might not be related at all. Still in his early twenties he put himself through barber school and opened his own shop a year ago. With the pressures youngsters face these days earning a barber’s license is a benchmark.u