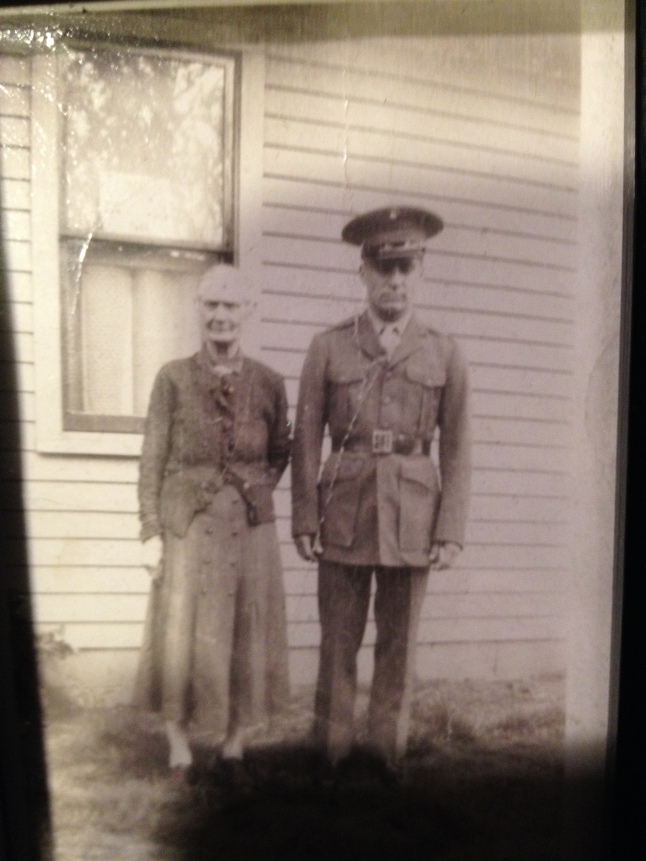 This a picture of my father and his grandmother. It was taken in the spring of nineteen forty three.

He had just completed boot camp, and somehow made his way from Sandiego California to Arthur Indiana for a brief visit.

They had no way of knowing, that they would not see each other again for over three years.

He was about to be sent to Guadacanal, Guam, Saipan, Peileiu, Iwo Jima, Okinawa, and eventually Japan.

He would be chosen for the First Marine Raider Battalion. They were Special Forces trained to do things, I will write about another time. I bring this up, because this week is his birthday. He was born at midnight February nineteenth. Because of this he always said his birthday was February nineteenth and twentieth. Even his obits couldn’t get it straight, so he pulled it off all his life and even afterwards.