treasure hunting at the local hamfest

In the corner of my furnace room are two Hammarlund HQ-160 receivers. I purchased the first when I was absolutely positively certain that I wanted a receiver like the one that I used when I was a kid. The second? Someone offered it to me when they heard I was rebuilding old gear and I thought, one to fix and one for spares. what could be better? 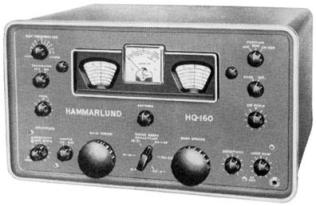 That was ten months ago.

Having a working HQ-160 on my station desk would be incredibly cool. I think that every single every time I have to move the rigs to get to something behind it. Unfortunately,  I am deep into a list of radio-related projects that matter to me more and will be for a long time. Both HQ-160s are destined for the island of misfit gear.

The island appears for one day, twice a year, in the main building of the Polk County Fairgrounds. People with stuff to sell rent tables, as do those that don’t have much to sell but want to get an early shot at buying from those that do. Setup begins at six, the main show at nine. The whole thing is usually done by one, though some tables are trading gear for cash until the closing bell.

Eighteen feet of table covered with crates of vacuum tubes. A scratch-built spectrum analyzer. WWII era test gear. Tangles of slightly beat up coax cable. VHF rigs from 80s. Motorola commercial HTs, antennas, batteries and chargers. Piles of random electronic components: variable capacitors, power transistors, RF chokes. There is probably a mile’s worth of folding tables here, filled with all sorts of electronic gear in conditions ranging from in-the-box-new to forty-years-in-a-root-cellar-old. While some folks are working the difference between ebay and local pricing, most of the stuff belongs to sellers that used, or had a plan to use, whatever it is they are selling. In a perfect world, their misfit gear  will become someone else’s favorite addition to the shack.

The spectrum analyzer in front of me, in a nineteen inch rack mount case, is a work of art. If you didn’t see the handmade labels, you’d be forgiven for thinking it was factory-built. Each major RF module is in its own metal enclosure, connected to others by precise lengths of coax. The circuit boards layouts are clean and tight. The design upon which it is based is well known among aficionados of homebrew as not-or-the-faint-hearted. The person that built this invested a lot of hours into it.  A non-shopping reason to go to swapfests: seeing stuff like this and talking to the hams who build it.

But if this is such a great piece of gear, why is it here? Turns out that the builder has a Siglent SA on his home bench and figures someone without the money for a new analyzer would find this one to be a good deal. I agree and for fifteen minutes ponder temptation. An hour after I decide no, someone else gets to yes.

Other stuff here is of little interest to anyone but the one ham looking for exactly whatever it is that happens to be on the table: old radio handbooks, random connectors, half-built kits, odd knobs, bits of antennas, and radio parts. My first trip to the island I acquired three coax switches that I needed for my new station setup. The second and third appeared from a box under the table when I asked if they had others like the one I was holding. I imagine a hundred people looked at that switch before I bought it.  I just happened to need exactly what it was.

Not everything on the island is of quite the same calibre as those switches. Much of it is not-so-gently used and obsolete equipment that only a very optimistic or knowledgable ham would consider. (Look in my truck after a ham fest; you might label me the optimistic type.) For example, I once bought a hundred turn vernier dial I found buried in a box of capacitors. It was a steal at six bucks, as long as you don’t put a price on the twenty hours I spent figuring out how to repair it.

Today I am standing in front of a nixie tube frequency counter. It could be a bargain but probably isn’t. There aren’t any manuals or schematics with it.  It is at least forty years old and the parts required to fix it may not be available for any amount of money. No one is really knows when it last worked. Hell, the seller is not even sure he can dig up the weird, irreplaceable power cord for it. 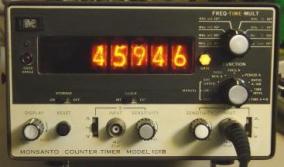 I smile and move away. from the table.  I don’t need a frequency counter. It is not on my shopping list. Nixie tubes! How can I pass up a chance to get a nixie tube frequency counter working again. No manuals or schematics. That’s what the internet is for! Obsolete parts. There must be a nixie tube email list somewhere! Too many other projects. I’m selling the HQ-160s so I have plenty of time for this! The guy behind the table finds the power cord.  I turn back, put down a twenty paired with a ten, and carry away my new adventure.

And so another piece of gear leaves the island…

One thought on “island of misfit gear”